The Best Pizza in London?

Finding the ‘best pizza in London’ is a quest many take very seriously and personally. I’ve broached the topic with a few friends and all are ardent that theirs is the BEST. I was the same. I’ve kept Santa Maria‘s as my número uno for near on a year. A no-booking setup away from Ealing’s town centre with a cracking atmosphere and simple but prime ingredients.

But, but. I’m going to have to bestow my BEST on another. Until the next time I presume.

I rate all potential contenders against the Holy Grail of Naples. An obvious choice but you’d get harmed if you didn’t accredit them with as much. This article goes to show the extent of their seriousness about pizza. Yes, pizza wars.

My pizza memory was bloody good. Brocolli and Italian sausage – not chorizo, or it’s weasley American cousin pepperoni – but some sort of rustic Italian hybrid of a Toulouse sausage. But ’twas all about the foundations. After increased research you come to appreciate that the base is not just a vehicle for toppings – too thin or thick and it ruins the whole thing. And bad pizza doesn’t sit right with anyone. (See, getting het up just writing about it…)

And so, I come to my point. Franco Manca. Like Santa Maria, this place has built itself up on word of mouth and it’s got quite the reputation. Even with three restaurants and presumably more on the way, they’ve still maintained an independent feel. Sprawled over two open plan restaurants in Brixon Market, we had to queue for about 15 minutes (no bookings) but it took me that long to decide which pizza to have. Not that the menu is humongous, I was battling conflicting waves of food envy while waiting for our table. My choice was Gloucester Old Spot ham, wild mushroom, buffalo ricotta and mozzarella. Words can’t do it justice so Instagram is doing it for me. Suffice to say the base is perfection. Definitely Naples-worthy.

Best eaten folded into triangles as the Neapolitan’s do. (Caution: Possible side effects include over-active saliva ducts, an inability to stop eating, followed by carbohydrate pouches.) 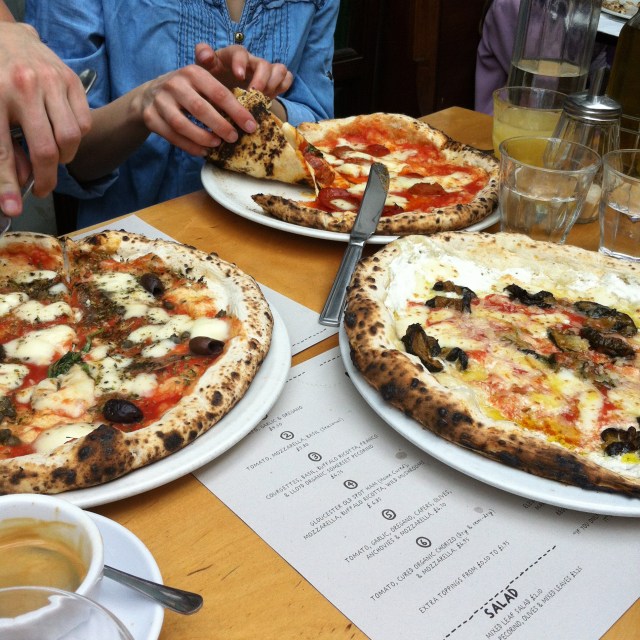 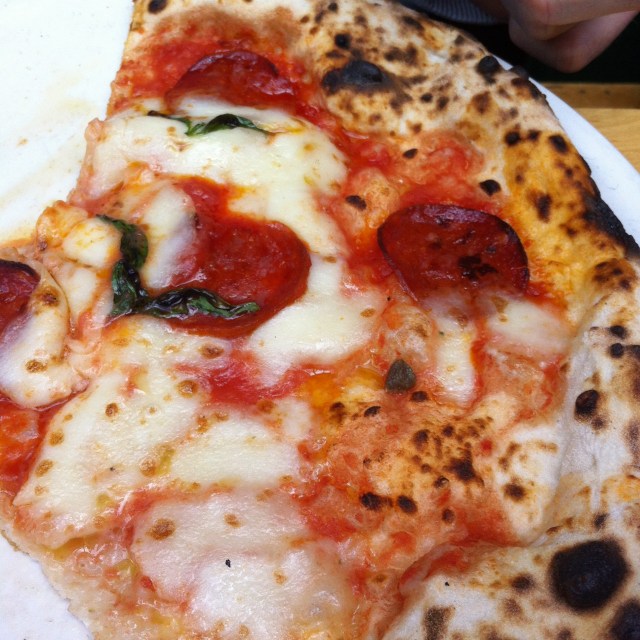 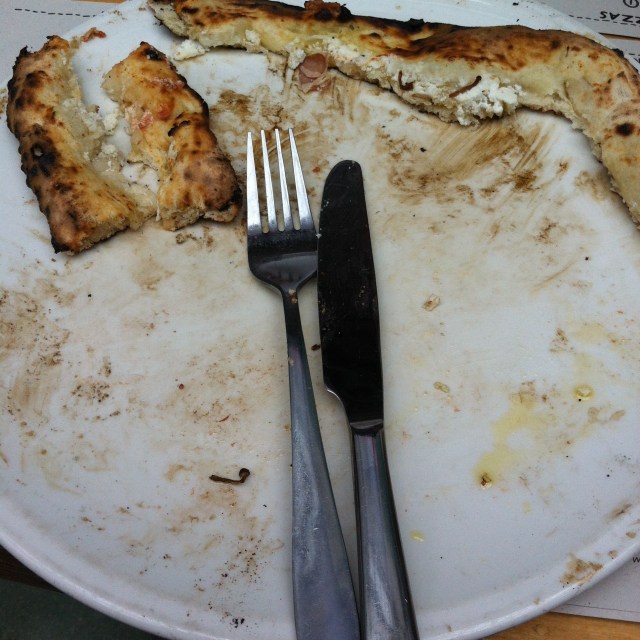