Spinning in Paris: Rave Away Your Calories

Forty people in the dark, legs drumming to club music, sweatily poised before a candle-lit platform. Sounds like Bacchanal worship, right? In fact, this is spinning.

Dynamo is a new, ultra-luxe studio that has opened up in Paris’s 1st arrondissement.

For those who like the T-shirt wringing kind of exercise where you teeter on the edge of consciousness for 45 minutes until normal life can resume, this might well be for you.

I once self-imposed seven consecutive days of spinning, just to see ‘what it would do’. There was a load of sweat, up to 1000 calories burned per session and a sculpted behind, which has since gone. Thank you all the bread of France.

With memories of butt tone lost, I headed to Dynamo. While the prices are higher than most (and I’ll explain why) the first session is free, so there’s no reason not to try.

First impression: a state of the art studio. Gleaming white with pops of the logo’s orange, I was greeted by two instructors / models, with smiles as pristine as the surroundings. 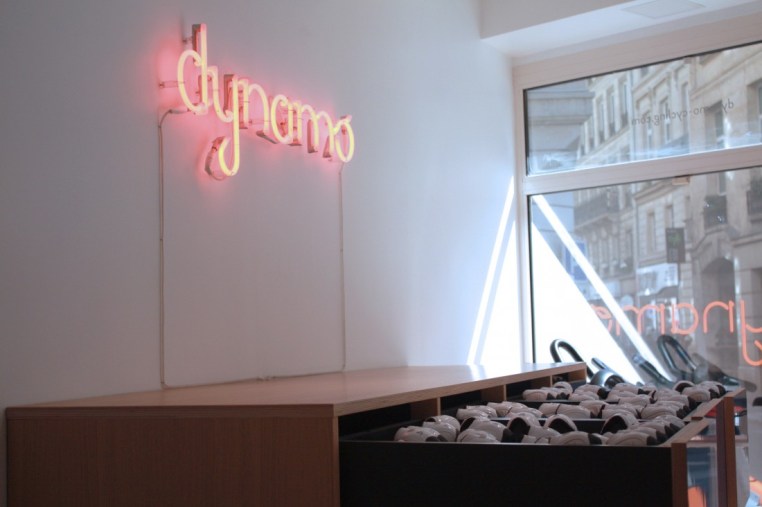 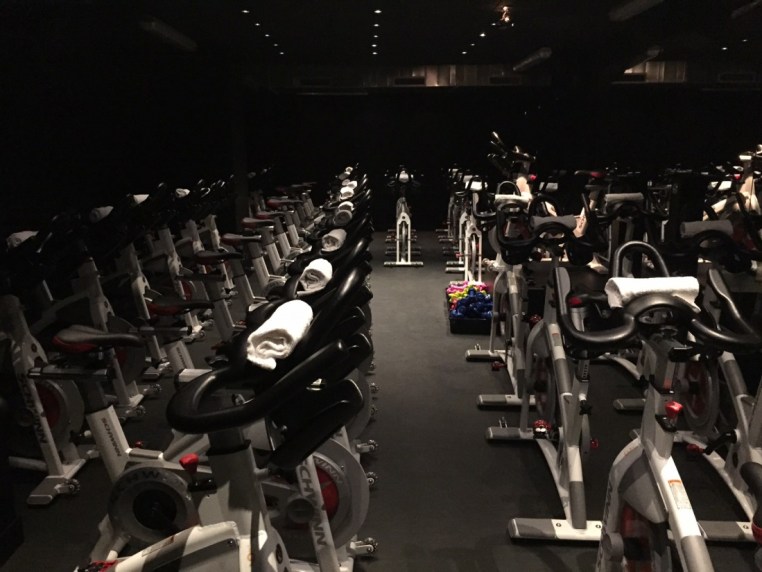 I was handed a bottle of chilled Vittel and anything from their selection of neat bowls, including hair ties (finally – someone gets it), chewing gum and ear plugs (a warning of decibels to come). With a pair of spinning shoes, I made my way to the changing rooms to gear up.

Music was pumping while we lined up; adrenalin kicking in. The blackout room has 42 bikes, sardine-style but once you’re in the saddle there’s not much leaning from side to side.

Instructor John was larger than life; greeting newcomers and old hats alike — far from the bullish military fitness commanders you associate with spinning.

Shoes strapped into peddles, we began warming our limbs while John went through the positions we’d be using throughout the class. A series of back and forths, up and downs, agility tests, and a bicep-exploding exercise with weights.

During crippling moments there were shouts and screams, followed by whoops of relief when a set was over. It felt almost tantric in its communion. The second part of the ride we ramped up the intensity but closed our eyes for the duration. John kept our minds on beaches and sun, rather than reality’s jelly legs and sweat.

Fresh towels, showers filled with Cowshed and an incomparable clean awaited us. 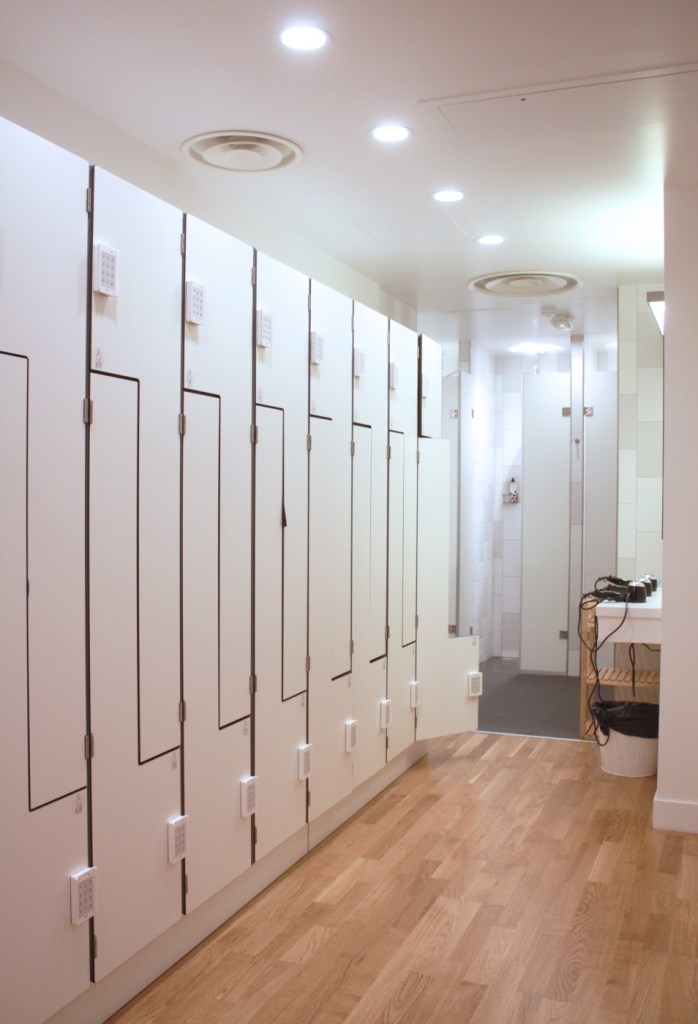 Each class is 45 minutes long, and the location is ideal for busy Parisians to integrate exercise into the day.

Dynamo has found the perfect formula for exercise. Mixing high-intensity sport with a yogic lilt but doing it in pitch black so no one can see you sweat like a cochon. Its high quality and carefully thought-out extras prove that this is a company who understands an exerciser’s needs.