I began ballet classes in Paris with the same intentions that I imagine many have.

With clichéd ideas in my head and hope in my heart, I went to  to find out what ballet actually means in Paris.

Even though ballet barre classes have made a big impression on the exercise market, thanks to Black Swan and Mary Helen Bowers, the art of la danse classique is like bread and butter for dancing in Paris.

While it might hurt, this is not a sport. It’s an essence you carry, a perfume. Ballet affects your posture, and inevitably — through practice or habit — the way your feet align.

I knew I’d never be Darcy Bussell, but I did want a more elegance pastime.

After a bit of ballet class research, I initially lost heart. The classes were expensive (18€ upwards) and even the websites smelt of pressure.

Ballet in France is reputed for its prestige, excellence and its rigueur… Lining up outside my first dance class since preschool, a bespectacled girl whispered to me, another bespectacled girl, “So they let you wear glasses here, right?” What was I in for…

The Studio: Back to Basics

Mon prof de danse, Katia, a stereotypically petite woman with a wide grin and elfin features, takes the class. Shuffling in like ducks in stockings, we separate along the two barres to part the middle of the room.

Have you done ballet before? she asks me. Yes, I say, when I was little and nothing since.

This was said with sincerity. It was interpreted in ballet language as ‘I did it until I was 15, moved on to other things, but I still have an idea of the positions and can do a pas de bourée’.

Barre exercises is an ill-fitting phrase. Where this might work in £28-a-class studios, in the world of dance ‘barre contortion’ is more appropriate.

Katia asks my name, and to repeat it (as she will do for every lesson onwards). We take position, right/left hand placed on the barre to begin the warm up dance.

Somewhere during fifth position Katia became confused, I became “Alice 2” which in turn confused me and others, who by this point were only aware of one hopeless Alice amongst them. 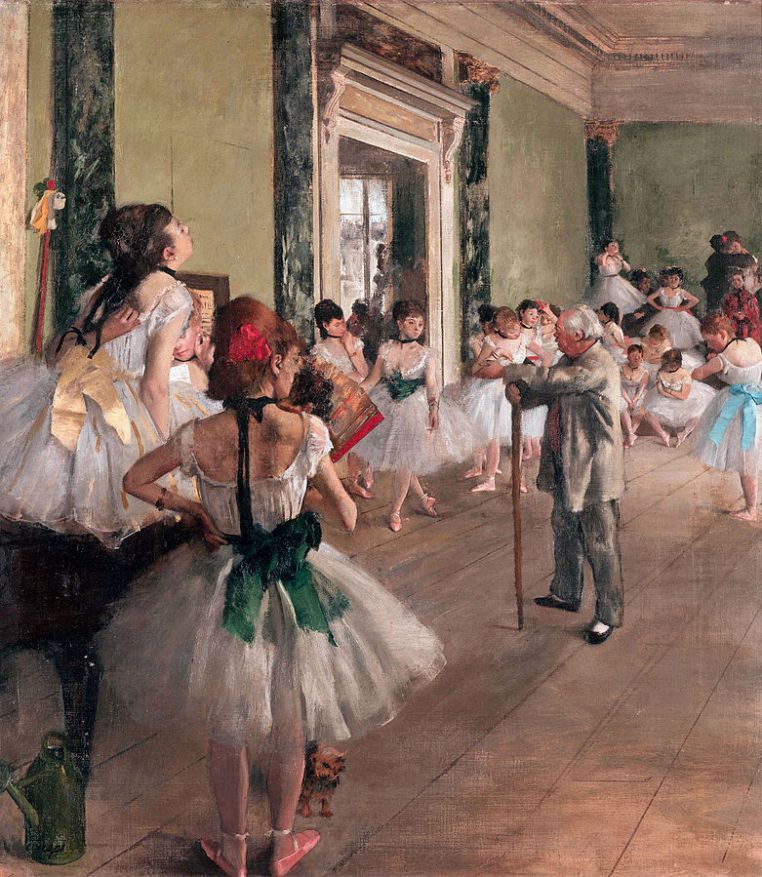 Crouching down into a demie-plié (not forgetting but failing to keep my back straight), a position similar to toilet visits on an Indian train.

The aim is to walk into with a kitten-light tread, floating hands lightly up and down the body — and the mirror is showing me the grace of falling timber and drooping ficus leaves for hands. At this point, elegance gives way to comedy and I break down. Comment osez-vous ??? (How dare you???) she says, half smiling, half serious. I only realise later, that I’ve crossed a line.

With pride renewed and vowing to avoid a verbal beating, the following week improves. With some of the moves and phrases memorised, I’m copying less and working on the postures. My arms are less wilting daffodil and the finger position is more or less what’s desired. Pretend you’re holding chopsticks and you have it.

Buying a pack of ten lessons, I’ve vowed to go every week and wear my toes out.

Save The Last Dance (Because nothing was more 90s than Julia Stiles and Sean Patrick Thomas)
The Nutcracker at the Royal Opera House
Ballet Shoes (1975 BBC mini series)
La Danse (Documentary god Frederick Wiseman follows the Paris Opera Ballet)
The Red Shoes (Not just for dance fans: Scorsese names this one of his all-time favourite films)
Black Swan
A Ballerina’s Tale (latest docufilm on Mindy Copeland’s rise to fame)