1. I’m  probably lactose intolerant and there are between 350 to 400 reasons why I don’t care (currently writing this with the aid of Roquefort).

2. Black, navy, a red lip and more black are worn as much as they say. Jane Birkin, Brigitte Bardot and Carine Roitfeld are just three reasons why the system works.

3. Sun + wine + saucisson + tes potes + form of waterside = the most pleasing and cost-effective way to spend an evening in Paris.

Goes against all natural instincts but I’m slowly learning to make myself late.

5. When I find a sentence particularly strugglesome, even les français admit that their language is difficult. Which would be a comforting if not typically followed by “but English is just so much simpler”. 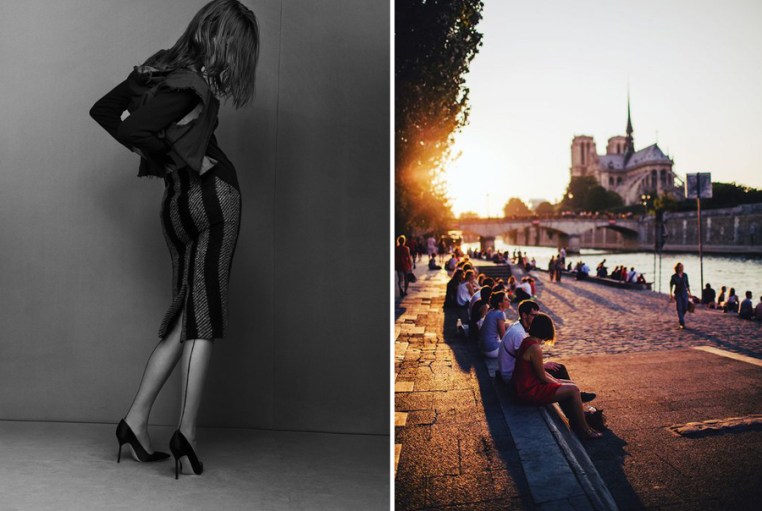 6. The lunch break is sacred. Unless something big is going down, you go out, eat good (16€) meal and take your full hour.

7. Happiness is found in the simple things. Terraces, parks (this one is a favourite), Haussmann architecture, and knowing where to get the best coffee.

Ripping off the opposing end of an already broken baguette which resulted in genuine looks of horror. I was told by my French cohort that this was forbidden, out of respect for the bread. When you make the best in the world, respect is necessary.

10. Which brings me to… Any time is a good time to talk about food. Especially when you’re eating food. Scoffing cheese while reminiscing about another great cheese you ate the week before is totally normal. I’m doing it right now.Photos via Pinterest: 1 & 2